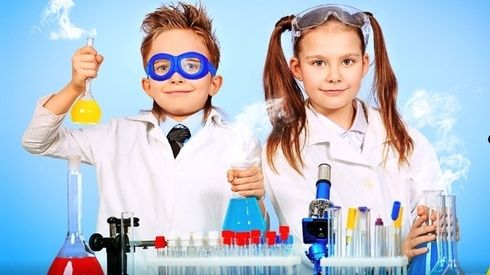 Have we forgotten how to let kids fail?

I always want to teach my son how to do everything in the most efficient way. I struggle to stop myself from correcting him before he begins. There is a quote from the developmental psychologist Gordon Neufeld “Never do for a child what a child believes they can do for themselves.” Although I believe this quote speaks to a greater need of empowering our children, it also touches on how the process of trial and error is a powerful learning tool.

In the idea stage of our program, everyone is an expert. They know exactly what their product will look like, what steps to take to make that product and how easy it will be. However, come prototype day, there is a lot of learning. The ingredients were hard to find, the process took longer than expected, there was an issue with the way the materials combined and now our KidPreneurs have to find a solution.

Exhibit A, one of the greatest soap mixing entrepreneurs of our time! Or in other words, my son who wants to make soap as his business idea for his program.

For weeks he went back and forth on which Pintrest soap he wanted to try and recreate and how it would look, feel, and smell. But while shopping for ingredients, he discovered there are way more options for colours, smells and ingredients (shea butter vs. goats milk, lavender vs cinnamon, red vs red and blue swirl) and everything was in it’s raw form which looks a lot different than his Pintrest wall.  Every decision he makes on these ingredients will impact the final product. He had to figure out which combination would produce the vision he had in his mind and was determined to create.

After making his careful selection, he took his ingredients home to experiment. Even though this budding entrepreneur loves the process of experimenting and exploring, he was disappointed his first batch of soap looked nothing like the image he has held in his mind for weeks. The colors didn’t mix right and the soap had bubbles and an uneven finish. So began the work of trouble shooting and refining the process.

Perhaps mixing the colors into the soap and then pouring into the molds will work best. The white soap is thicker than the clear soap so maybe it needs to be heated longer. What about a 2 color swirl effect?

He was much more satisfied with his second bath of soap and seeing how a new technique could change the outcome.

I firmly believe that if the first iteration of soap was exactly as planned, our KidPreneur would have missed an exciting opportunity for personal growth. What he learned through through this process is a level of confidence that he can find a way to achieve his vision with enough time, thought and a second attempt.

What every entrepreneur should hold dear is the notion that any vision is possible if they are willing to put in the time and effort for trial and error. If we can show kids that the greatest reward comes after effort and tenacity, then imagine how much more of the world they will get to experience.